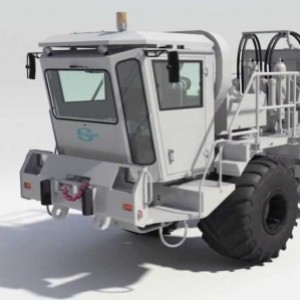 pomperj 2017. 08. 31. 21:36
Előzmény: #449  Cipolla22
#450
The London Metal Exchange (LME) is considering introducing a lithium contract as demand for the metal continues to surge, the Financial Times reported on Wednesday (August 30).Currently, the 140-year-old exchange sets global prices for metals such as copper and aluminum, but it is eyeing lithium to tap into the electric car revolution. The metal is a key component of lithium-ion batteries, which are used to power electric cars. Demand for these vehicles is surging, and sales are expected to reach 14.2 million by 2025, according to UBS (NYSE:UBS). As a result, lithium demand is set to soar by fourfold by the same year, says research firm Roskill.

pomperj 2017. 08. 11. 11:07
Előzmény: #440  pomperj
#442
Reuters Cikk lithiumrol: +++++++++++++++++ Other major lithium producers, such as SQM (NYSE:SQM), are also betting on long-term agreements to fund their expansion plans. The company expects to invest $50 million to expand its lithium carbonate capacity in Chile to 63,000 tonnes by 2018; that would be up from 48,000 tonnes currently.Battery-grade lithium demand set to jumpDemand for lithium-ion batteries from the electric car sector is set to rise above 400 GWh by 2025, according to Benchmark Mineral Intelligence. As a result, most analysts expect global lithium output to reach 400,000 to 500,000 tonnes by the same year. But bringing projects into the market can take years, as processing battery-grade lithium can take anywhere from three years to seven years or more, depending on the project. That’s why many analysts predict a tight market in the next few years. “It is our expectation that the lithium industry will struggle to keep up with demand between now and 2021. [We don’t expect an] oversupply [in the market],” said Benchmark Mineral Intelligence Managing Director Simon Moores.Indeed, Roskill estimates that 785,000 tonnes of lithium carbonate equivalent a year will be needed by 2025, amounting to a 26,000-tonne shortfall from anticipated supply. That’s compared to 217,000 tonnes of demand versus 227,000 tonnes of supply this year.“When you look at all the battery plants being built and the plans for EVs, even if only about 25 percent of those are realized, we’re still going to be short of lithium. It’s a unique once-in-a-generation situation,” Moores added.Moores’ firm predicts that lithium carbonate prices will average $13,000 a ton over the 2017-to-2020 period from around $9,000 a ton in 2015 to 2016. Lithium hydroxide is expected to average $18,000 a ton between 2017 and 2020 against $14,000 from 2015 to 2016.