tberki 2017. 01. 09. 12:38
Előzmény: #273  pomperj
#274
"Electric cars use 4,800 times the lithium of a smartphone and, with vehicles such as the Tesla Model 3 and the Chevrolet Bolt set for mass production, there is considerable excitement about the prospects for the metal."

As the first battery cells roll off the production line at Tesla’s 1.9m sq ft Gigafactory in Nevada a scramble is under way to secure supply of the lithium that is their key ingredient.

This week a small Australian mining company sold a lithium prospect in west Africa to a Chinese buyer for 78m USD — or more than 2,000 times (!) the amount it paid for the deposit just 11 months ago.

The deal shows how companies, many of them Chinese, are racing to secure supplies of the silvery white metal, which is used to make the lithium-ion batteries that power billions of smartphones, laptops and, increasingly, electric cars.

Electric cars use 4,800 times the lithium of a smartphone and, with vehicles such as the Tesla Model 3 and the Chevrolet Bolt set for mass production, there is considerable excitement about the prospects for the metal.

Lithium demand expected to surge
Analysts at Morningstar expect lithium demand to rise 16 per cent a year from 175,000 tonnes in 2015 to 775,000 tonnes by 2025 — an increase that they say would be the fastest of any significant commodity over the past century. They forecast a supply shortfall of 100,000 tonnes of lithium by 2025.

The average price of lithium has jumped threefold since 2014 and gained 60 per cent last year, according to an index from London-based Benchmark Mineral Intelligence, boosting the share prices of leading producers, such as Albemarle, and smaller groups, such as Galaxy Resources.

For some, these gains reflect real demand and a recognition that the age of the pure electric vehicle is rapidly arriving. For others, the metal is showing all the signs of a speculative bubble.

Geologically there is no shortage of lithium in the earth’s crust. As such, some commentators say the mining industry will rise to the supply challenge.
“There’s nothing inconsistent in our view that lithium prices can fall over the medium and long term even as you see this massive uptick in adoption of electric vehicles,” analysts at Bernstein Research argued in a recent report.

Production competition heats up
The lithium market is dominated by four producers: Sociedad Química y Minera de Chile (SQM), Albemarle, FMC and China’s Tianqi Lithium. On top of that, there are at least 28 listed companies in Australia and Canada developing lithium projects. Rio Tinto, the FTSE 100 mining company, has discovered what it says is a “significant” lithium-borate resource in Serbia.

“With much of the low-hanging fruit plucked, higher-cost sources of supply will need to come on line to fill in the gap,” said David Wang, Morningstar analyst.
That has started to happen. The lowest-cost production of lithium is through the evaporation of brines beneath the deserts in Chile, Argentina and Bolivia, but those countries have failed to substantially increase output. As a result, China has begun to source the chemical from within hard rock in Australia and elsewhere, a more expensive and energy-intensive process that requires additional processing.
In November, Australia-listed miner Pilbara Minerals, which owns a project in Western Australia, signed an offtake deal with Shandong Ruifu to ship unprocessed lithium rock.

An aerial view of the Soquimich lithium mine on the Atacama salt flat in northern Chile. Chile has one of the largest reserves of the metal on the planet.

Still, there are considerable technical difficulties for smaller miners to bring on new lithium supply, according to Duncan Goodwin, head of global resource equities at Barings in London.
“The mistake the mining analysts make is they think it’s like iron ore and other bulk commodities where you dig a big hole in the ground,” he said. “We can raise capital to bring on new supply but it’s going to be very, very difficult because of the nature of the product, which is very difficult to mine and process.”

That has been borne out over the past decade. It took Argentina-based lithium developer Orocobre seven years from the beginning of exploration to commercial production at its Salar de Olaroz project in the north-west of the country.
“Supply is tight, you’re going to need more supply,” Richard Seville, chief executive of Orocobre, said. “But the challenge is, things take time and often the supply response to demand is over optimistic.”
Sale of west African mineral deposit illustrates desire among Chinese battery makers.

Politics partly to blame for supply shortfall. Part of the supply shortfall is down to politics, with Chile, for example, controlling the amount of lithium that can be extracted from the Atacama Desert through a quota system that has to be approved by the country’s Nuclear Commission. As a result, Chile has now fallen behind Australia in terms of lithium production.

A lot could depend on the world’s largest producer Albemarle.
After almost a year of negotiation, this week it agreed with the Chilean government to increase its authorised quota to more than 80,000 tonnes annually of technical and battery grade lithium over the next 27 years. The company has said it is confident it can increase supply to meet global demand, and aims to capture 50 per cent of the growth in the lithium industry.
“Over the midterm, Albemarle should be able to ramp up supply,” said Pieter Busscher, who manages the Smart Materials Strategy at asset manager RobecoSAM in Zurich. “Longer term, the big question is: once supply exceeds demand, what will happen with elevated prices well above cash costs? That’s something we’re cautious on since we’ve seen it with rare earths and in other situations.”

In 2010, prices for rare earths, which are used widely in electronic devices, rose rapidly on fears of a supply shortage. That led to an increase in production in the US and Australia and, two years later, to a price collapse.
Lithium investors’ enthusiasm for the commodity will prove more resilient. 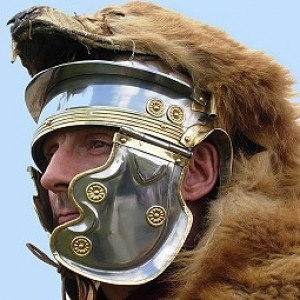 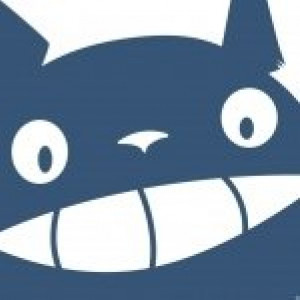