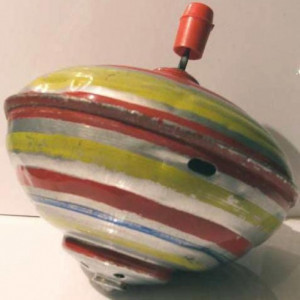 bugocsiga 2022. 08. 05. 16:32
#19357
Ukraine war: The latest developments you need to know By Euronews  with AFP, AP  •  Updated: 04/08/2022 - 23:15A cemetery worker places a cross on the grave of Serhiy Marchenko following his burial in Pokrovsk, Donetsk region, eastern Ukraine, Thursday, Aug. 4, 2022   -   Copyright  AP Photo / David GoldmanSHARE THIS ARTICLE
US says Russia aims to fabricate evidence in prison deathsThe White House on Thursday said new intelligence suggests Russia is working to fabricate evidence concerning last week's deadly strike on a prison housing prisoners of war in a separatist region of eastern Ukraine.US intelligence officials have determined that Russia is looking to plant false evidence to make it appear that Ukrainian forces were responsible for the 29 July attack on Olenivka Prison that left 53 dead and wounded dozens more, according to White House National Security Council spokesman John KirbySeparately, a Western government official, who briefed reporters on the condition of anonymity, said explosive experts who have reviewed photos of the prison released by the Russians following the incident have determined that the destruction wasn’t likely caused by “a high-explosive strike from the outside” and that it was “much more likely to be incendiary and from inside the location.”“We anticipate that Russian officials will try to frame the Ukrainian Armed Forces in anticipation of journalists and potential investigators visiting the site of the attack," Kirby said.Russians shell city near Europe's largest nuclear plantRussian forces shelled a Ukrainian city close to Europe's biggest nuclear power plant Thursday, reinforcing warnings from the UN nuclear chief that the fighting around the site could lead to a disastrous accident.Dnipropetrovsk's regional governor said Russia fired 60 rockets at Nikopol, across the Dnieper River from the Zaporizhzhia nuclear plant, which has been under Russian supervision since Moscow's troops seized it early in the war.Some 50 residential buildings were damaged in the city of 107,000 and residents were left without electricity, Valentyn Reznichenko wrote on Telegram.Rafael Grossi, director general of the International Atomic Energy Agency, had warned on Tuesday that the situation was becoming more perilous daily at the Zaporizhzhia plant in the city of Enerhodar.“Every principle of nuclear safety has been violated” at the plant, he said. “What is at stake is extremely serious and extremely grave and dangerous.”He expressed concern about the way the plant is being operated and the danger posed by the fighting going on around it. He cited shelling at the beginning of the war when it was taken over and continuing instances of Ukraine and Russia accusing each other of attacks there.FILE - Former president of Ukraine Viktor Yanukovich in KyivSergei Chuzavkov/AP2010EU imposes new sanctions on an ex-president of UkraineEuropean Union member countries on Thursday imposed sanctions on former pro-Russian Ukrainian President Viktor Yanukovych and his son Oleksandr for their alleged role in the security threat to Ukraine .The European Council said in a statement that the two men had been added to a European sanctions list put in place "in response to unjustified Russian military aggression against Ukraine ".Mr Yanukovych presided over Ukraine from February 2010 until February 2014, when he was overthrown in a popular uprising against his government's turn away from the West towards Moscow.President Putin's Russia reacted to the defeat of its ally by seizing the Ukrainian peninsula of Crimea and an enclave in the eastern region of Donbass. In February, Moscow launched an all-out offensive against Ukraine.The EU believes that Yanukovych, 72 and living in Russia, still plays "a role in undermining or threatening the territorial integrity, sovereignty and independence of Ukraine ".The statement published Thursday in the EU's official journal accuses him of plotting to try to return to power in Ukraine if the Russian invasion manages to overthrow President Volodymyr Zelenskyy.Meta dismantles Russian propaganda networkAn organization close to Moscow has been waging a social media influence campaign in support of Russia's invasion of Ukraine, using "troll farms" and hackneyed tactics, Meta - the parent company of social media platforms Facebook and Instagram - revealed on Thursday ."It looked like a step back," Ben Nimmo, one of the Californian group's security managers, told AFP. "But they haven't been very good and there's no evidence that they got the impact and virality they had before."Meta has dismantled a network of fake accounts on its platforms, created by an entity dubbed "Cyber ​​Front Z" and people associated in the past with the "Internet Research Agency" (IRA), suspected of being a digital arm of the Kremlin.These fake accounts, run by employees of a "troll farm" located in St. Petersburg, posted pro-Russia comments under personalities and media content, to "give the impression of popular support to the invasion of Ukraine "."Russia is sending tons of humanitarian aid to Ukraine , where the local Nazis (...) are holding the citizens hostage", one of these accounts commented under a video posted by Angelina Jolie on the war, on Instagram , according to the Meta report.In all, the social media giant withdrew more than 1,000 accounts on Instagram and 45 on Facebook in early April. Some 49,000 accounts followed one or more of the fake profiles on Instagram.
Ukraine war: The latest developments you need to know | Euronews