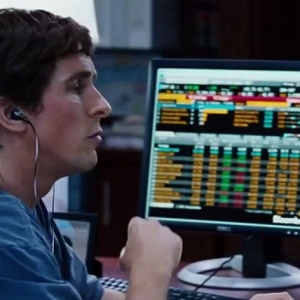 Greenspam 2006. 05. 15. 09:38
Előzmény: #126  Greenspam
#127
Risk reduction was an important theme in the global markets last week.
Price action in commodities remained very choppy and global equity
markets were pulled sharply lower primarily by lingering concerns that
the hawkish FOMC statement left the door open for further Fed rate hikes
beyond 5%. Indeed with bonds remaining under pressure too, the
uncertainty over future Fed policy was probably more important in
undermining markets last week rather than broad risk aversion dictated
by concerns over a slowdown in global growth (ourGLI for May, published
later this week, is still likely to be relatively upbeat) or financial
instability. Judging from the behaviour of breakeven inflation, market
concerns appear to stem mostly from a heightened inflation alert,
affecting discount factors across asset classes, and de-basing the US$.
This highlights the importance of this week's CPI data out of the US,
which will shape expectations as to whether the peak in Fed Funds will
be the current 5%, as we are forecasting.

In FX markets, the US Dollar continued to weaken against both EUR and
JPY as investors re-focus on the structural imbalances of the US
economy. Not even a much narrower than expected March U.S. trade deficit
did little to cheer the few remaining dollar bulls. Our latest FX
Monthly, published on Thursday, discusses why we think structural Dollar
weakness could continue, particularly against the Asian currencies. In
this regard, Chinese authorities allowed the CNY to break the 8.00
threshold for the first time versus the US Dollar this morning, setting
the midpoint at 7.9982. This underpinned the Yen and other Asian
currencies overnight. The move follows last week's data showing a
persistently large Chinese trade surplus in April.

2. Lots of Inflation Data Coming Up
Last week China reported that April CPI inflation picked up to 1.2% year
on year from 0.8% yoy in March. It came after April PPI narrowed to
+1.9% yoy from +2.5% yoy. While inflation still remains contained, we
expect it to drift higher to 3% by the end of this year on the back of
strong economic growth. As we showed in last week'sGlobal Economics
Weekly, even if import prices rise in line with our forecast for Chinese
CPI, US inflation could be pushed higher by up to 25bp, but a small rise
in China's market share could offset this.

We will get lots of information about inflation this week. In the US, we
expect April core CPI on Wednesday to rise 0.2% (Consensus: +0.2%), down
from 0.3% in March but as Jan Hatzius notes in Friday's US Economics
Analyst the risks could be on the upside, something that the strength in
the trade price report also suggests. Before that the market will focus
on the PPI data on Tuesday; we expect the core measure to increase 0.1%.

In the Eurozone, we are expecting April CPI to come in at 2.3%, after
2.2% in March. If it were higher, given the surge in energy prices, the
market could again speculate about a 50bp move in June. Upward revisions
to labour cost growth in 2005, published last week, may lead the ECB to
push up its forecast of core CPI inflation in 2006, from 1.6%yoy in
March. But according to our European economists this already looks too
high and they continue to expect core CPI inflation to remain muted
through the rest of this year.

Staying with Europe, we see marginal upside risks to UK inflation data
this week, with April CPI expected to come in at 2.1%yoy versus the
consensus expectation of 2.0%. The BoE minutes of the MPC's May meeting,
out on Wednesday, could raise the case for a hike but the MPC will also
be aware that sterling's strong rally has tightened financial conditions
somewhat - our UK FCI rose 26bp on the week and is now 71bp higher than
in early April, the biggest monthly rise since January 2000.

In Japan, April Nationwide CPI and May Tokyo CPI are released on May
25th. This morning April Domestic CorporateGoods Price Index (CGPI)
narrowed to 2.5% yoy from 2.7% yoy on a base effect. There is some
speculation in the markets that the BoJ will move forward the
termination of the zero rate policy (ZIRP) to June. But unless there are
some significant positive surprises in the inflation, we continue to
believe the BoJ can wait until August. There is a scheduled speech by
BoJGovernor Fukui this week (after the May BoJ meeting), and the BoJ
publishes its monthly report, both of which offer opportunity to better
signal the timing of its move off zero rates. This morning, Fukui seemed
to signal in a speech that a June hike was unlikely.

In addition to the hard inflation data, evidence concerning side effects
of rising oil prices and surveys of inflation expectations will be
important also. The 10yr break even inflation rate has been on an upward
trend since late 2005, closing at 2.77% on Friday. Also, the next 5 year
University of Michigan survey in the US is released on 26th May. The
latest April survey showed 5 year expectations of 3.1% compared to a
rise of 3.3% for one year. This compares with 2.9% and 3.2% respectively
a year ago. The continuing rise in gasoline pump prices suggests that
inflation expectations are likely to have risen further in May.

3. Inflation and the Markets
FX: On a relative basis, if inflation rises more in one country than
others, then to keep the real exchange rate stable, the nominal exchange
rate must fall against others, all else being equal. For the US Dollar,
much of course depends on the credibility of the Fed. But whether the
Fed pauses or not in June, if the inflation data is higher than
consensus expectations, then the Dollar could probably still decline.
This might be why the Dollar has failed to rally in recent weeks despite
the general strength of activity data.

In Japan, although inflation has started to drift higher, low and
declining real interest rates have not prevented the Yen to rally to
close to 110 levels. But for the Yen to rise further against this
accommodative policy environment, it will be important that investors
continue to buy into the sustainable recovery story. This week's Q1GDP
report which we expect to show growth at a healthy 2% annualized should
add to confidence that the fundamental story for the Yen remains very
positive.

Equities: As our strategists have recently shown, what matters for
equities is whether rising bond yields reflect higher growth
expectations or rising inflation risks. Arguably, last week's setback
in global equity markets were triggered partly by rising inflation
concerns in the bond market.

We have previously looked back at US and European sector market
performance in previous periods of sustained rising US inflation since
1973.

The results for Europe are mixed which is understandable as it is not
clear what was happening to rates at both the long and short end of the
curve in Europe during these periods. There is a slight bias towards
consumer-related areas outperforming and defensives underperforming but
it is certainly not completely clear.

The US sectors show a clearer pattern - more consumer related areas such
as autos and retail tend to underperform which probably reflects a move
up in short rate expectations. The more defensive areas of the market
tend to outperform which suggests a reflection of a move down in yields
at the long end of the curve as growth expectations get revised down.

4. Technical Update
Kevin Edgeley notes that equity markets signalled a major reversal on
Friday. The close below 5978 in FTSE broke the pattern of rising wave
lows, confirming the double top at 6147. Dax posted a key day reversal
on Thursday and weekly reversal on Friday's close. The break of 1300 in
S&P has an initial target at 1261 but on the cyclical 4 year pattern the
market could correct up to 20% lower, to around the 1060 area. Nikkei is
holding major support at the daily Ichimoku cloud at 16300; a close
below to signal a more bearish bias.

The dollar decline is losing some short term momentum at major levels.
USDJPY has retracement level support at 109.20 and a wave level from
September at 108.75. A close below would signal renewed acceleration to
the 101 area. EURUSD has a long term retracement level from '04 at
1.2890 and a target from the inverse head and shoulders pattern at
1.2980.

5. Other Data on the Calendar
On the calendar today in the US, we get the TIC data for March which we
expect to come in at $66bn, versus a consensus expectation of $79.9bn.

Aside from the inflation data, other data points to watch this week will
be April Housing starts in the US on Wednesday, which we forecast to
rebound slightly by +0.3% mom (Consensus: -0.5% mom) after two
significant monthly declines, and Industrial production for April, which
we expect to remain strong at +0.5% mom (Consensus: +0.4% mom). On
Thursday we see the Philadelphia Fed survey for May (GS: 15.0,
Consensus: 12.0), after which we will release the advancedGLI for May.

In Euroland, the data to watch this week will kick off with theGerman
ZEW financial markets indicator for May on Tuesday, which our forecasts
call for a robust 63.0 (Consensus: 60.0). On Thursday, we expect energy
prices to have pushed April CPI up to 2.3% yoy (Consensus: +2.4% yoy),
with core inflation inching up from 1.4% to 1.5%. Meanwhile, the sharp
drop inGerman production will drag down the Industrial Production for
March by -0.7% mom

In Japan, data reported this morning showed core machinery orders had
fell 5.2% mom in May with the March current account increasing by +32.8%
yoy to Y2395.1bn, the largest surplus ever. We expect Q1GDP will clock
in at +2.0% qoq ann (Consensus: +1.2% qoq ann), which is strong
considering the base effects from the blowout +5.4% qoq ann growth seen
in Q4 last year. On Friday, there is a BoJ press conference following
the monetary policy meeting, which will be watched closely given the
uncertainty over the timing of the end to ZIRP. We continue to expect a
25bp hike sometime in July-August, most likely in August.